Who does not love a good double standard?

One would think that movement supposedly built around respecting people’s agency and humanity would avoid anything that would make it appear they do not follow their own standards. For example, if a movement argued that it was wrong to sexually objectify one sex because reducing a person to an object is inhumane, one would expect this to apply to the other sex as well.

Yet one would be wrong. Sabrina Maddeaux argued in a National Post article that it is perfectly fine to sexually objectify men because it is “different”. As she explained:

Male objectification isn’t threatening because men don’t suffer from a severe power imbalance that puts them at risk economically, socially and physically.

A two minute Google search proves this wrong. People judge whether to hire, date, or befriend men based on the men’s appearance. The notion that unattractive men have it easy or that men’s appearances have little impact on how people treat them is nonsense. The evidence suggests that unattractive men do face severe power imbalances due to their looks.

We do not even need to look at studies to demonstrate this. We can follow Maddeaux’s model and use movie stars. Actors like Paul Giamatti and Steve Buscemi do not headline most films. They are fantastic actors, yet they are rarely given the leading man role.

Let us use another example: Aaron Paul. He is a decent looking man, yet is not often the lead in films or TV shows. The most recent exception was Kingsglaive: Final Fantasy XV. He voiced the character Nyx.

This is Aaron Paul: 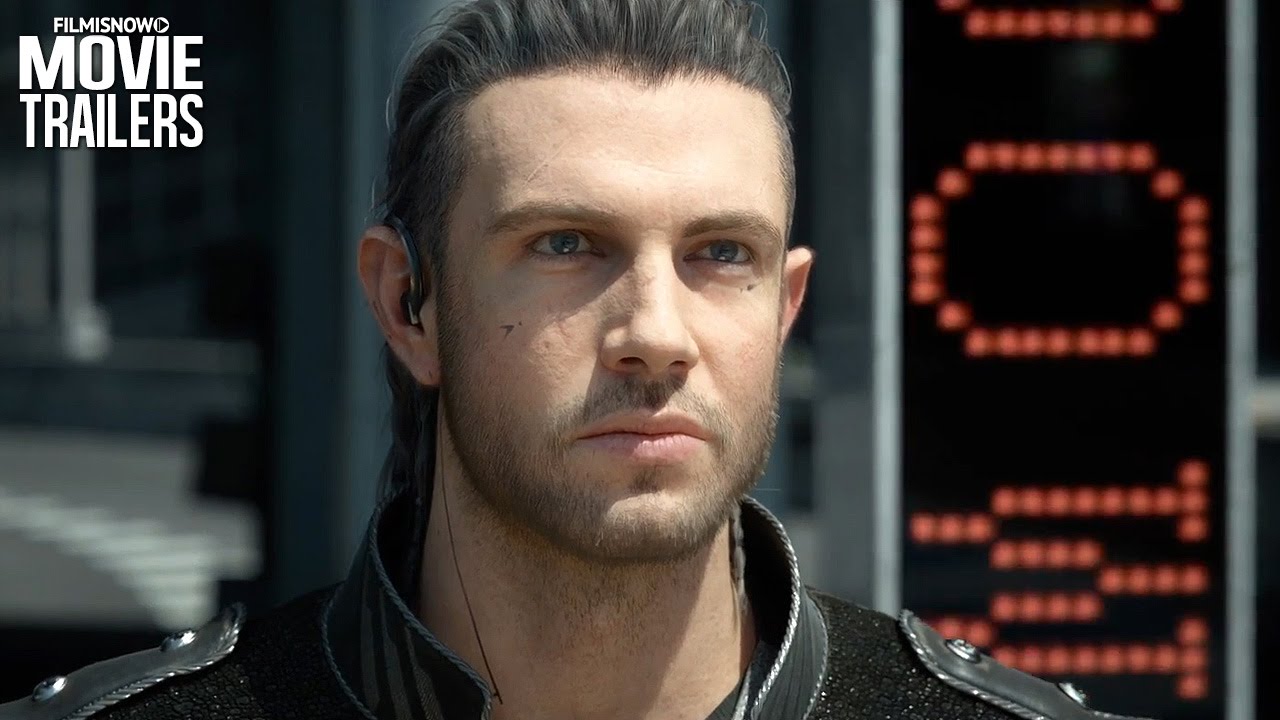 The design for the character was made prior to Paul’s involvement, however, even he admitted during the behind the scenes feature that because of his looks he would never receive this kind of role for a live-action film.

To pretend that men’s looks do not affect them economically, socially, and physically is simply laughable.

Appreciating a man’s “smokin’ bod” doesn’t harm him in any way. In fact, it can actually serve the purpose of liberating women and their libidos.

Yes, of course. Using men’s bodies without their permission can certainly serve the purpose of liberating women and their libidos. It also serves the purpose of condoning and perpetuating female-perpetrated sexual violence. I realize that most feminists do not entertain the notion that women can and do commit sexual violence. I realize that most feminists do not think men can be sexually violated. I realize that even the few feminists that consider the latter two things possible usually do not think sexual violence affects men as severely as it does women. So I can understand how Maddeaux could propose what is effectively an endorsement of sexual violence against men by women without thinking twice about it. However, it is still wrong and rather creepy.

I mention the creep factor in light of my own experiences of having women, usually older women, leering at me when I was younger. It does occasionally still happen, however, I noticed it began to decrease once I could no longer pass as a teenager. It does, however, happen to my godson, who is rather attractive. At least once every few weeks he mentions this to me. It is usually a woman or girl, usually someone who stares at him or touches him, and they usually become upset if he objects. My godson just turned 17, but he looks about 14 or 15, so there is no mistaking that he is underage. That does not to stop adult women from approaching him or commenting on his looks or touching him.

The reason those women think they can do that without consequence is because of the attitudes of people like Maddeaux. It is not wrong when a woman does it, even if the man or boy it is being done to does not like it. My godson can handle it because he has a mouth on him and anyone stupid enough to touch him will discover he touches, or rather hits, back. Yet it still bothers him, just as it bothered me. As someone who experienced sexual violence as a child, it made the incidents feel even worse.

Maddeaux writes off these concerns:

Can male objectification be annoying? Certainly. Can it be unwanted? Yes. However, a comment on a male’s good looks remains just that: a comment. Objectifying women results in an entire binder full of consequences: unequal pay, unequal screen time (it’s still rare to find a singular female lead or female-dominated cast), sexual harassment and rape culture, the much-referenced glass ceiling and females being valued more for what they wear on the red carpet than why they’re there.

That sounds kind of rapey, to use a feminist term. That sounds like Maddeaux is justifying women committing sexual violence by arguing that it is not bad when women do it.

As I noted above, the evidence shows that plenty of men face real world problems as a result of their looks. The notion that pay grades, screen time, sexual violence, and clothing choices justifies excusing the objectification of half the population is a pathetic argument.

Maddeaux tried to weasel out of her apologism by stating:

The fact that women can even be accused of objectifying men is actually a huge progressive step forward. Until recently, the female sex drive was forcibly kept in the closet.

Many men still feel the need to control women’s sexuality because it frightens them. This isn’t a statement about the character of individual men as much as it is about centuries of fear-mongering that dates as far back as depictions of Eve and Jezebel in the Bible. It’s been taught over and over again that female sexuality is manipulative and dangerous.

Yes, and it is something,  as I showed above, that it quite true. Few men need to be told not to lift up waitresses’ skirts. Yet women could not stop themselves from constantly lifting up men’s kilts even after being told not to do it. They felt it was their right to do it. And as we see from countless cases of false rape accusations, child “seduction” cases, and a host of other situations, female sexuality is manipulative and dangerous when it is unrestrained.

As it becomes less OK to objectify women and more normalized to sexualize men, males often feel an impending sense of doom. A Buzzfeed compilation of “39 guys who’ll make you pregnant without even touching you” becomes a symbol of a feminist conspiracy to take over the world.

No one objects to nonsense articles like the one from Buzzfeed. The objection is that it would be unacceptable to write the same article about women because it would reduce women to objects. One cannot object to behavior being done to you and then turn around and do it to someone else. It renders your argument that the behavior is wrong either a contradiction or a lie. Either you think it is wrong but use some weaselly logic to excuse it in certain circumstances or you do not actually think it is wrong at all and make the claim for political motives.

You cannot say it is wrong to look at Jennifer Lawrence’s leaked nudes and then rapidly post secretly taken nudes of Justin Bieber and Orlando Bloom.

Even the sudden rise of male objectification in advertising

There is no sudden rise. Male objectification has been a part of advertising ever since people realized bronzed, ripped abs bring attention and money.

[…] are presented in a kitschy manner that mocks itself with a tongue firmly planted in its cheek. These portrayals don’t validate women’s sexual desire, as much as turn it into a joke. In the public sphere, a woman lusting over a man still seems like an odd, fish-out-of-water scenario. Despite all the navel-gazing of male celebrities, women’s sexuality isn’t taken seriously, and that’s why male objectification isn’t as much of a threat.

Actually, that is precisely why it is a threat. By not taking it seriously, we allow adult women to ogle teenage boys. This is not limited to my godson. We saw this with One Direction. We saw this with the Jonas Brothers. We saw this with Justin Bieber. Adult women would publicly talk about wanting to have sex with teenage boys. They would and continue to make comments about “I can’t wait until he’s legal” and no one objects because they do not take that type of lechery seriously when it comes from a woman, despite that most male victims of sexual violence are abused by women.

We treat it as a joke because we have convinced ourselves that women can do no harm. We do not think this way about men and boys, ergo we do not see their ogling as harmless. If my godson ogled older women, few would hesitate to call him a pervert. If he touched them, few would hesitate to take him aside and tell him not to do that or simply beat him to a pulp on the spot. Yet adult women can grab his behind or rub his chest, and he and everyone else is expected to consider it nothing.

Maddeaux’s logic boils down to a single point:

Men simply don’t share the same historical struggles or risks that women do when it comes to being objectified.

In other words, women are victims so they get a pass.